Oh lord, once I had started this there was no way I was stopping until I got to the end. And I have now developed a healthy fear of mushrooms. That will fade in time, I love mushrooms. But some of the descriptions in here…well. You’ll see once you get there. A post-apocalyptic nightmare,  a tiny microcosm of a claustrophobic research post, a young girl’s search for self identity, humanity’s quest for survival, this book will drag you in and don’t let go until you get to the end. And even then it’s going to haunt you, just a little bit. Brilliantly written, utterly compelling and chilling to the bone, read this is you’ve enjoyed the work of Charlie Higson, Max Brooks and Micheal Grant, The Walking Dead or Warm Bodies.

Vauxhall is the debut novel by poet and playwright Gabriel Gbadamosi, and indeed one can hear the poetry in the structure of the novel as one reads. The story is told through the eyes of Michael, a young boy of Nigerian and Irish descent living in Vauxhall in the early 1970s, a very different Vauxhall to the one we know today. The council are beginning to clear out the slums so they can regenerate the area, but of course Michael does not know he lives in a slum, to him it is just his home. He lives in a house with his parents, older brothers and sister, and a whole host of other tenants, sixteen of them in the same building at one count. The toilet is outside and the roof is leaky. One memorable, chilling scene towards the end of the novel sees the children standing on their beds as a swarm of rats, escaping from the newly demolished houses next door, run through their room.

The novel is a slice of life, vignettes seen through Michael’s eyes. His life began before the novel started and will continue after its end, there is not a tidy summing up as one might traditionally expect. It is also very much a child’s view of the world, but written with the knowledge of an adult. As adults, readers can see more than Michael understands: the reason his white mother sometimes sends her black children on ahead of her when she goes shopping; why his sister makes a scene about not wanting to sit on the lap of a family friend; the fate of some of his peers. Although still at primary school at the close of the book, Michael has already begun to get into trouble, as his older brothers seem to be doing, and one hopes that he will not continue on that path.

I was gripped by this book and found it hard to put down. I look forward to seeing more from this author.

This is a memorable and moving novel. Erdrich draws on her heritage as a mixed race member of the Ojibwe group of the Chippewa tribe of North American Indians. The reader learns about the culture of these native people, their history and the social context in which they find themselves today. The story of The Round House sheds light on the particular legal problems arising from the community’s semi-independent and yet historically disadvantaged status.

However, there is nothing theoretical or polemical about the story itself. It is a coming-of-age novel, like Catcher in the Rye or To Kill A Mockingbird. Unlike previous novels by Erdrich which I have read, it is narrated by a single character, 13 year old Joe Coutts, whose father is the elderly Antone Bazil Coutts, the judge who presides over the Reservation court, and is keenly protective of the legal rights of his own community. The event that triggers the narrative is the brutal rape of Joe’s mother, Geraldine. To the readers of Erdrich’s previous novels, these adult characters will already be familiar, as she has written about their lives and the historical events that shaped their community in her earlier books.

This novel, however, has a narrative unity as it follows the unravelling of the story behind the violent central event and the profound consequences it has for everyone involved. I found it an irresistible read. 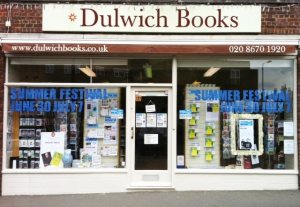